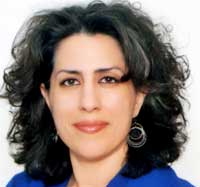 Dr. Ghada alMadbouh is PARC Palestine Director of Research. She is also a PARC alumni fellow and a previous acting director of PARC in 2007. AlMadbouh is a 2011 graduate of the University of Maryland/College Park with a PhD in Political Science, specializing in democratization, social movements, and political Islam. Her thesis was on the process of inclusion of Islamists in governance and the deployment of political violence with a case study of the Palestinian Authority and Hamas (1994-2007). AlMadbouh was a post-doctoral fellow at the program of “Europe in the Middle East-The Middle East in Europe” affiliated with the Wissenschaftskolleg zu Berlin and the Free University in Berlin. The focus of her post-doctorate work was on the political thinking of Islamists beyond liberal categories. Since the beginning of 2012, she has been working as an assistant professor in the Philosophy and Cultural Studies Department and the Political Science Department at Birzeit University. She is involved with the “Right to Education” Campaign at Birzeit and on several committees at the University. She is currently working on a paper about the Palestinian system and reconciliation or lack thereof. She has a keen interest in gender studies and was involved with the Ministry of Women’s Affairs in Ramallah in 2005.