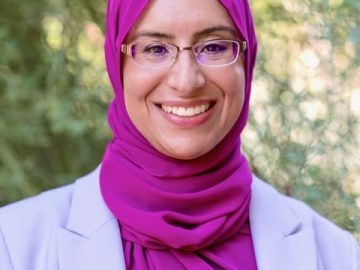 is an associate professor in the School of Middle Eastern and North African Studies at the University of Arizona, where she specializes in the cultural and intellectual history of the modern Arab world. She holds a Ph.D. in Near Eastern Languages and Civilizations from the University of Chicago. Her first book, which received a 2018 Palestine Book Award, is titled Brothers Apart: Palestinian Citizens of Israel and the Arab World (Stanford University Press, 2017). In it, she examines how ‘48 Palestinian intellectuals connected to global decolonization movements through literary and journalistic writings. Her scholarly articles have appeared in the Journal of Palestine Studies, Arab Studies Journal, International Journal of Middle East Studies, Middle East Journal of Culture and Communication, and elsewhere. A 2018 Public Voices Fellow with the OpEd Project, Dr. Nassar’s analysis and opinion pieces have appeared in numerous U.S.-based publications, including The Washington Post, +972 Magazine, and The Hill. As a 2022 Palestinian Non-Resident Fellow at the Foundation for Middle East Peace, she joins FMEP in developing public programming, primarily through podcasts and webinars. Dr. Nassar’s current book project is a global history of Palestine’s people from the seventh century to the present.